Where to find all the Flight Simulator sites (may open slowly, but worth waiting for!): 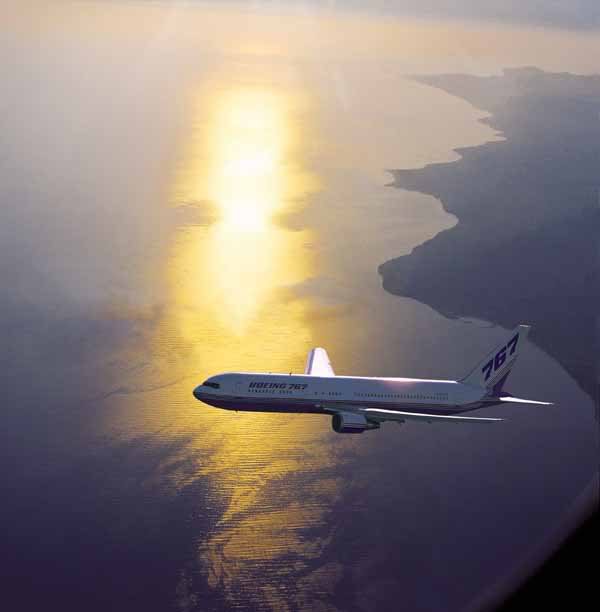 You can learn to fly one of these in your own home, on the Microsoft Flight Simulator (MSFS, for short). The recent versions are every bit as as realistic as this picture, and it doesn't cost much to get started (what you need is summarized below).

MSFS is often classified as a computer game, but it isn't - it's a simulator. A game is something you can win or lose at. I guess you could more accurately describe it as a toy; a very wonderful kind of toy!

You should realise that you are embarking on a life-time hobby of learning and experience. You will learn everything that a real pilot learns (including navigation and meteorology). In addition, you will have to learn the Flight Simulator itself. It's a long and steep - and rewarding - learning curve.

The big difference between flying a plane and driving a car, by the way, is that if you run into trouble in a plane, you can't pull in to the side of the road and get out, and an accident in a plane is usually much more serious. A Flight Simulator allows you to make mistakes and learn from them, and to learn how to get yourself out of various kinds of trouble, e.g. an engine failing.

Another difference is that you can get in a car and just go exploring, but in flying you need careful advance planning to do with charts, weather and fuel. It is when you learn to do this (and there is a lot of help and free charts available) that your experience with the Flight Simulator will "take off", so to speak.

MSFS has evolved over many years (it started well before Microsoft took an interest). Among the features that it offers are:

Come fly with me!

Come on a little (simulated) flight, courtesy of Microsoft's flight simulator (the FS2000 version - quite old and clunky by today's standards). We are taking a Cessna 182 on a short hop from Burlington, Vermont, over to the Mount Mansfield radio beacon (the main Stowe skiing area) at 5,000 feet, then turning right and descending to land at Knapp State airport, Barre-Montpelier.

The weather is the real weather as of about 06:00 GMT this morning - a nice clear day at Burlington, temperature -7 degrees C. The ground textures are set for February, and are the simulator's guess about a realistic appearance for that time of year, not the actual current snow conditions! So this is pretty close to an actual trip at the time we will be going skiing. The takeoff time in the simulator is about 16:30 local time.

The first couple of pictures are taken from the plane, coming up to the Mount Mansfield beacon. The first picture is without the cockpit panel showing, to maximise the view, the second picture is more like what the pilot really sees. 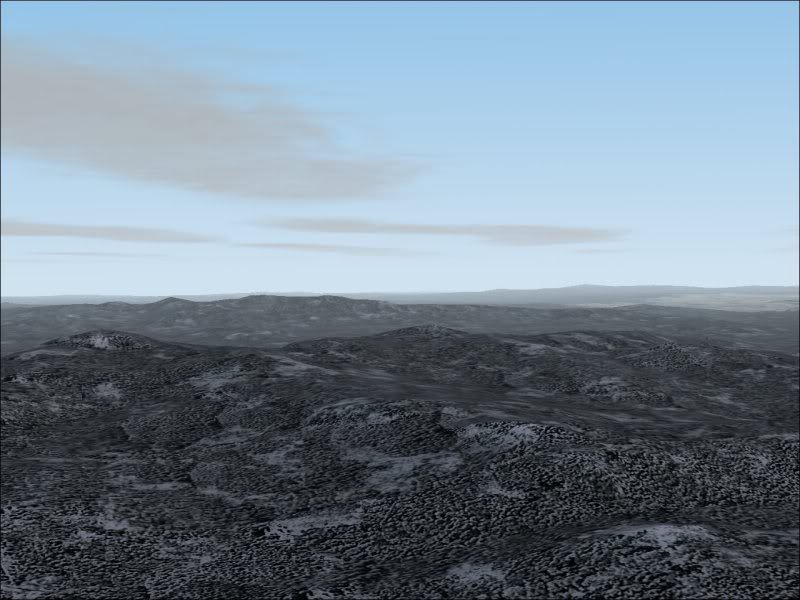 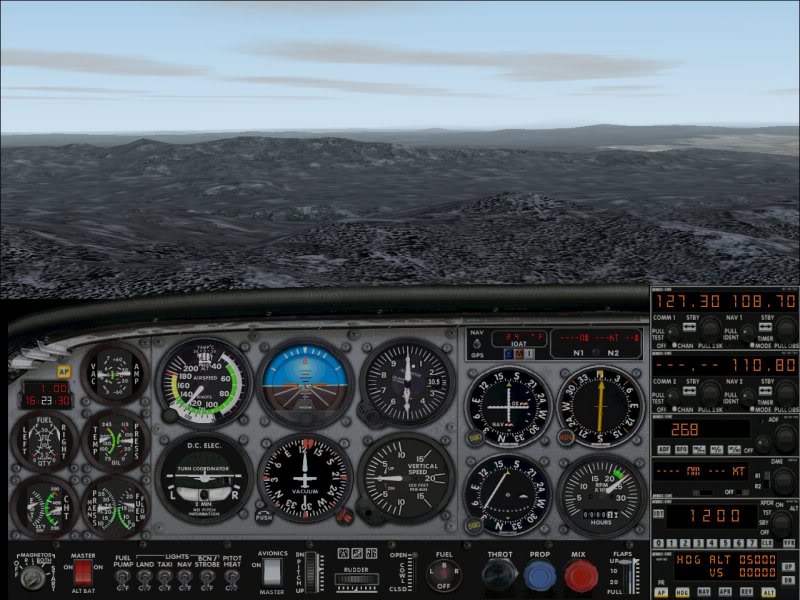 The third and fourth pictures are taken out the right hand side of the plane, on the approach into Barre-Montpelier, very close to Stowe. No, you can't see anyone skiing! 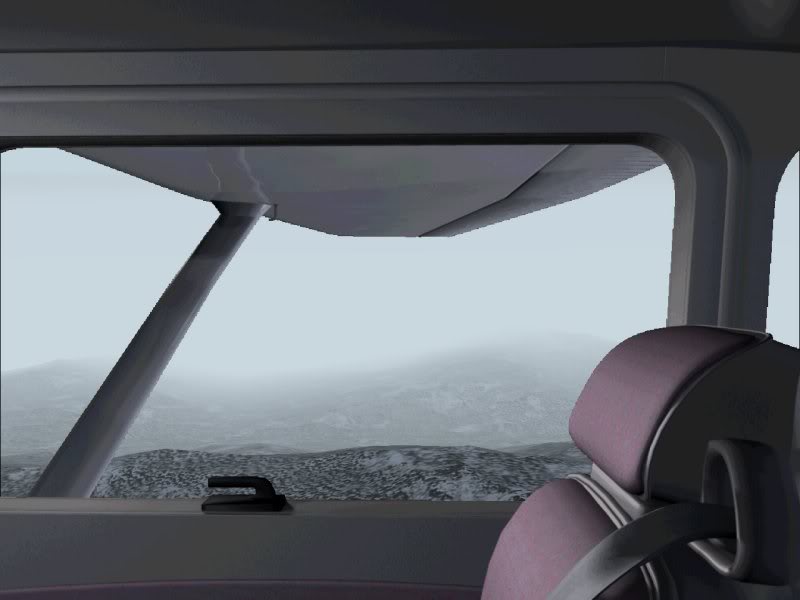 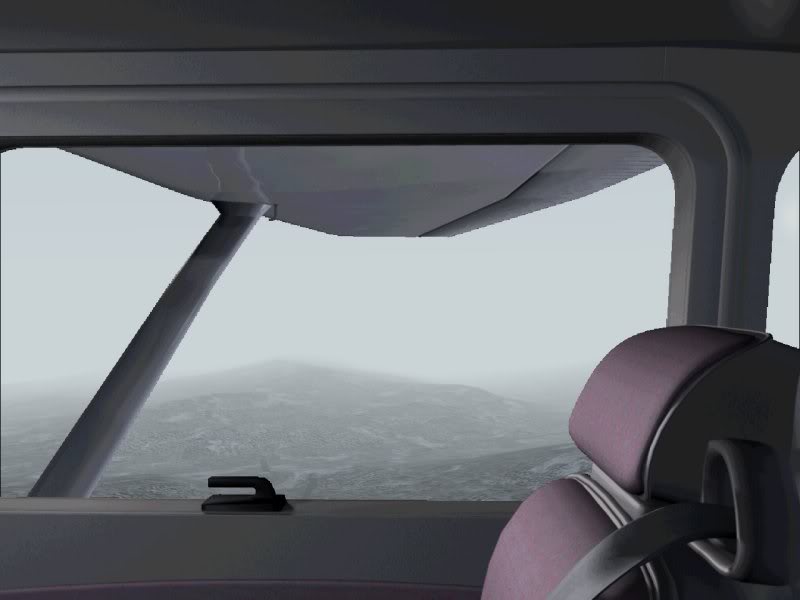 The last two pictures are taken from outside the plane, close to the arrival airport. They show me coming into land, with Mount Mansfield in the background. The Cessna has a single landing light, mounted on the left wing. (Also, in case you're wondering, the simulator has an "action replay" feature so you can watch the previous 10 minutes or so of any flight from inside the plane or from any point in space outside the plane. The clock keeps ticking as the replay repeats, and it took me some time to get around to taking a screenshot of the last picture, which is why it is darker than the other pictures. It's the same flight, though.) 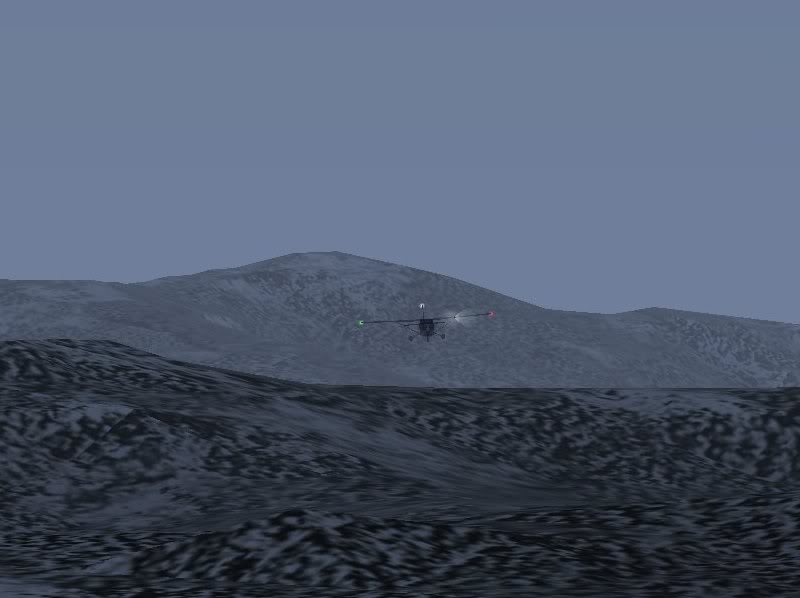 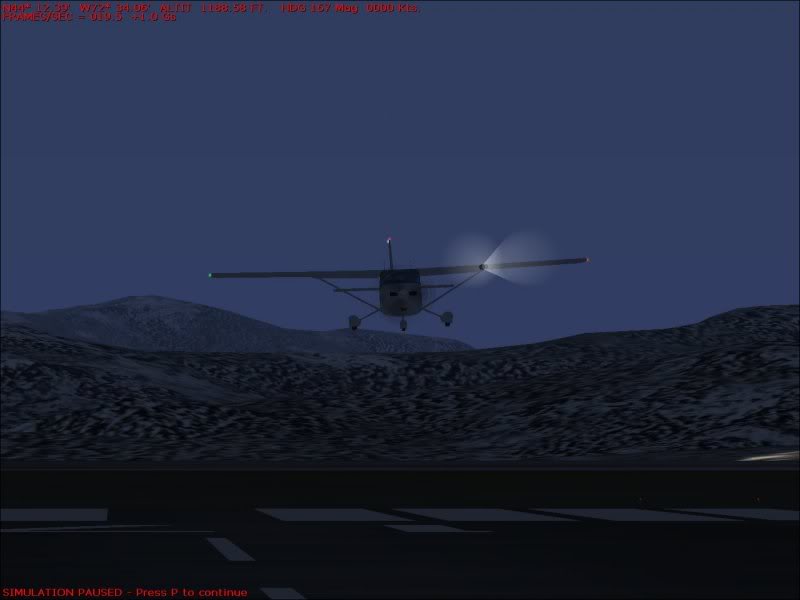 And finally, I've taken a screenshot of part of what the flight planner was showing me, so you can see the radio beacons and the location of the starting airport. The full screenshot is much too big and detailed to show here.

What do you need to get started?

Your general requirements are as follows:

This is just to give you some idea. Don't buy anything before doing quite a lot of research first - the links in the right hand panel will help.

And last of all, this will give you some idea of the standard of visual realism in the last version of MSFS, known as FSX: 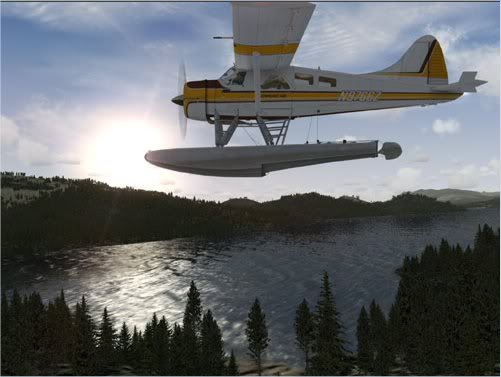 The latest version (at the time of writing) was FSX.