A superb site created by real lovers of Corsica:

A Corsican holiday company we have used a lot for renting self-catering accommodation:

A good place to buy guides etc. on Corsica:

Some Places To Enjoy Life... In Corsica 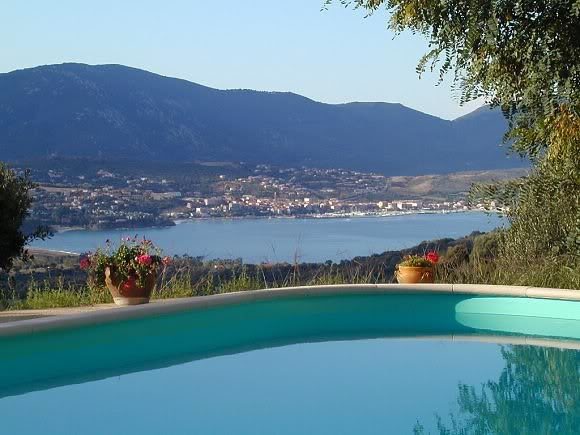 A view of Propriano on the south west coast, one of our favourite parts of Corsica, taken from a self-catering villa (the Bergerie Murteto) near Olmeto.

There are a few reasons why you might not like Corsica, so let's get those out of the way!

First of all, if you don't like France, or the French, then Corsica is definitely not for you. The island is (not surprisingly) full of native Corsicans, who speak French (and you may also hear the local language, u Corsu), and at many times of year it is also full of French people on holiday. It doesn't feel like a tourist resort - but if you like to "blend in" then you'll be very welcome.

Also, Corsica is a (sometimes fiercely) independent part of France. Corsica is to France much what Wales is to England, except that it is a little smaller than Wales (although the terrain makes it seem larger), the mountains are much higher (many over 2,000 metres), and the weather is much better. As in Wales, you see signs in two languages, some punctured with bullet holes, although this may simply be target practice on the part of local hunters. Foreigners who acquire holiday homes in Corsica, as distinct from settling there permanently, have sometimes had their homes blown up.

On the other hand...

Corsica is a large, very beautiful and mostly very rugged island in the Mediterranean sea, which mixes flavours of France, Italy and (in some ways) Crete. It straddes an imaginary line drawn between Rome in Italy and the Pyrenees mountains separating France from Spain. Its western shores generally rise steeply from the sea; there are plenty of places where you can swim a few strokes off the granite rocks and find yourself in more than 80 feet of clear water.

Much of the island is covered with maquis, an aromatic (and often spiky) collection of shrubs that gives the island a unique scent. Arriving in Corsica by boat (as we did once, 4th class on deck, from Marseilles) the scent is sometimes the first thing that greets you. The pure air and the scent of the maquis and the pine forests are things that you will really miss when you return to the smell of industrial progress in other countries!

Corsica is an island for people who love walking. It has many well-maintained footpaths (some of these being mule-tracks, which make for relatively easy walking in mountainous terrain), and some particularly beautiful forests.

Walks vary from a gentle stroll in the Forest of Vizzavona to the famous GR20.

You will find a lot of information about walking in Corsica here, and in the great sites mentioned below.

Everything you could possibly want to know about Corsica...

You will find a real treasure trove of information, and many more reasons for going to Corsica, at the following superb site, a true labour of love on the part of its authors:

Corsica Isula - Corsica from the inside
This is sometimes a little difficult to navigate, but that is partly because there is so much excellent information provided!

In addition, you will find many good Corsica links here.

If you haven't already done so, take a look at my own map. You will find, among other things, a few recommendations on good restaurants and some of our own favourite places.

Well, not many words, anyway! Here are just a few of my own pictures, to give you a flavour of the variety of Corsica.

If you want to see these were taken, look for the camera symbols on my map, if you don't see a symbol for the place itself. 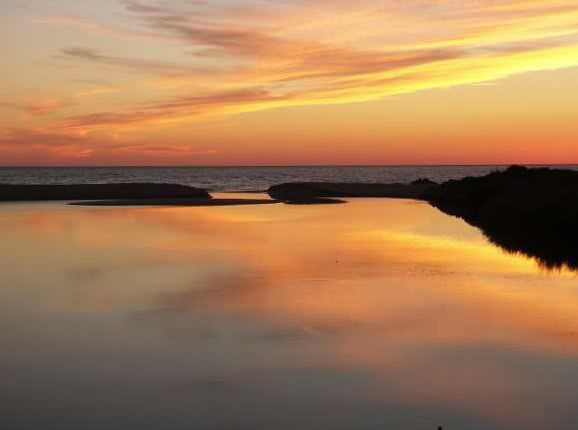 View from the D81, just north of Tuccia on the west coast (in the Gulf of Sagone, the next gulf to the north of Ajaccio). We don't like this part of Corsica as much as we do the Propriano area, by the way, but it still has some nice places. 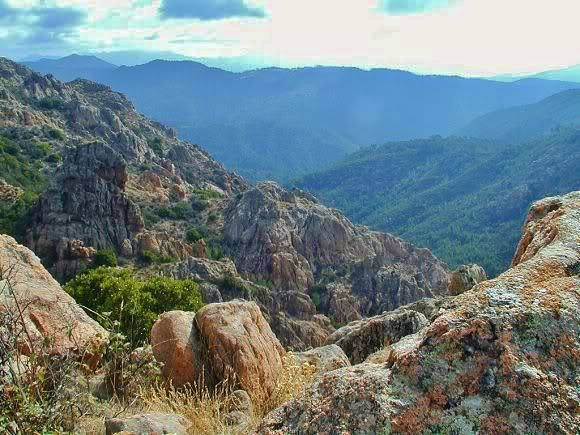 A typical roadside view, just to the west of Aullène, north-east of Propriano. 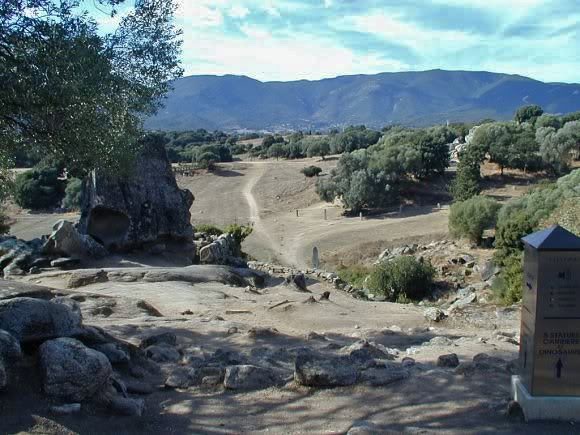 The neolithic site at Filitosa. 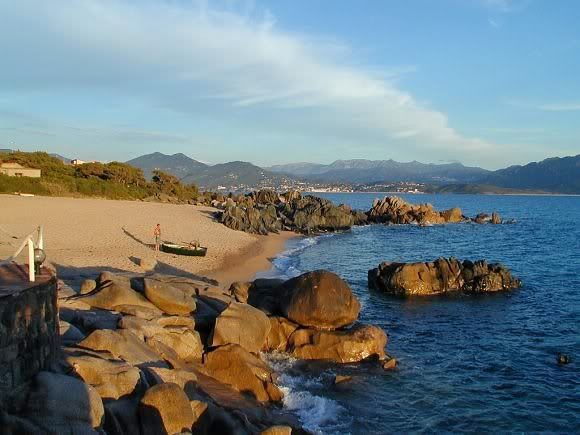 An evening view from the terrace of the Hotel Abbartello, across the gulf from Propriano.

Lots of other people's photos of one of the most beautiful areas of Corsica, the Forest of Vizzavona, which I last visited long before there were such things as digital cameras, will be found here.